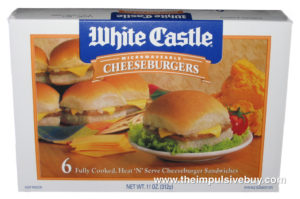 Wedding invitations, Judges and White Castle Cheeseburgers
The decision was made. He was 17 and I was 15 and we were young, dumb and about to get married.
In order to get married at 15 one needs to go before a judge and seek his permission. So we did, I remember the furlong look on the judge’s face as he asked my boyfriend if he had a job and my boyfriend smirked and said: “Yeah, I work at White Castles”.
Surprisingly, the judge was not impressed. It wasn’t that he didn’t like those soft warm little white castle cheeseburgers. It was that he didn’t like the probability of our impending fate. He said: ” Despite my personal feelings on this I will grant you the certificate to marry and trust that you will work hard and make this work for everyone involved.”
I don’t know if I was relieved or disappointed. Nothing felt the same anymore. I wasn’t thinking the same anymore. As a matter of fact, I don’t think I was the even same person anymore.
We went home and wrote out our own wedding invitations and planned a wedding. A date needed to be picked and for some crazy reason I thought picking my sisters birthday was a great idea! (She, however, was horrified at the thought of having to recall her sister making this huge mistake of getting married so young every year on her birthday.) Go figure?!
A dress and a venue were picked and February 21rst we were getting married!!! All red warning flags ignored. Full speed ahead!
Dun dun da dun dun, dun dun dadun……
-to be continued
Posted in Blog Posts
← Accusations, Church and State – Chapter 4Robberies, Jail  and Cancellations  – Chapter 6 →