The Letter, Fate and a New Beginning – Final Chapter 10

After I placed my son for adoption, I asked my social worker if I could write him a letter so that when he was older he would know I loved him dearly and placed him out of love. We didn’t have printers in our homes yet so I hand wrote a copy of the letter for myself that I had sent to my son and one to his parents. In the letter to the parents I was thanking them for doing the job I was unable to do and requesting they give my son the letter that I had written to him.  They responded in writing and said they would be sure to give him the letter. They also said they would offer him the name Michael Christopher at his confirmation when he was older.

Since time healing all wounds wasn’t working for me I applied another famous grief remedy – to get really busy. I got a job. There was no way I was going back to school to face all my classmates. Not now. not after what had happened. I quit school and made it my mission to be a really good worker. I worked every shift I could and kept my mind busy in attempts to shut out the pain.  Occasionally a new mom would stroll into the place I worked with her baby in tow.  I would freeze and look for signs of familiarity in the child and wonder. Sometimes I would have to run and hide in the bathroom until I could recover from the pain that seeing a baby would bring to my heart.
Years passed and the sun came back out for a while. I married and raised a large family. I loved each of them dearly and though life was good I always knew someone was missing from our lives. Each member knew that there was another sibling out there whom we hoped to reconnect with when the planets aligned just right. I tried various methods of finding my son over the years but since it was a closed adoption I was not allowed any information.
Time went by and things changed. My life went through similar cycles and my marriage was deteriorating. Midway through life, I found myself revisiting certain emotions that I had felt when I was 15, alone and in charge of making a life-changing decision.  Divorce happened.  A result of entering into a relationship before old wounds had time to heal for both of us. My pastor gave me a sobering pep talk before I embarked out as a single mom into the great unknown. His words:  ” Some things in your life will get harder, some things will improve and others will stay the same.”  Over time those words proved to be true in so many ways.

I lived my life trusting the LETTER would find its way into my son’s heart. Maybe even on his 18th birthday. I did consider that his adoptive parents could wait until he was 21 but they would give him the LETTER because we had a special pact. They had told me so in their letter and I believed them.

But that was THEN.

18 years went by, then 21, and still no word from the son who I ached to hear from with the bluest of eyes that I longed to see. We parted not know each other’s names, locations but we had a date of birth.

AND we had FATE.

We had spent 6 days together and I sincerely believe our hearts spoke to one another, saying our temporary goodbyes, making plans for the years to come. We were destined to be together again because this world is far bigger than what we can see with the physical eye. Fate always works in the unseen realm. 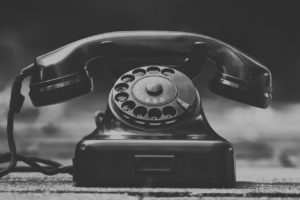 What began with the ring of the telephone also concluded with one.  23 years later the phone rang and the woman on the other end said the words my aching heart longed to hear:

“Are you Kim? Did you dress a little boy with the bluest of eyes in a special outfit and place him for adoption on this date?”

The phone fell on the floor.

Shouts of celebration from myself and my other children who all knew they had a brother out there who we would see again!! My forever changed. My son was back in my life again!!

I saved up some of the money needed to fly to California where my son was living with his partner. My sister who was so happy for us gave me the rest of what was needed to buy the ticket for our reunion.  I would travel to the other side of the states for the very first time on my own and reconnect with the son I longed to see. I got off the plane with a slight nervousness followed by an immediate comfortable familiar bliss of joy. I think I was more floating than walking. One of our first visits was at the Hard Rock Cafe. What I remember most about that stop was observing how much our mannerisms were the same. The way we held a cup of coffee or carried ourselves. Despite the year of separation, genes had managed to survive strong. A new memory is now etched in my mind of me and him seeing each other for the very first time in person since that day so many years ago. Those deep blue eyes found their beginning origin and boy did they shine bright!

If a state could be so instrumental in the redirection of one’s life, I think California changed me. In addition to the immediate healing of the soul that resulted from reconnecting with my son, the people that supported us in the reconnect had a life-changing impact on me. I had left behind years of stiff, legalistic religious church circles only to encounter true love and support in the most unexpected of places, the gay community. I met people who will forever bring a smile to my heart in how they lived their life from a perspective of kindness and love towards each other and the world they encounter. As I removed the scales of legalism from my eyes I was able to look at the world again through the lenses of grace.

As we visited together in California, we tried to cover a lifetime of events in one week. I cried through the home videos where I saw all that I had missed. Through the tears, I saw a toddler hunting the Easter eggs that his mom had set up for him and his sister to find on Easter morning. I laughed as I saw my son wearing a turtle costume in a school play. I witnessed the love and family structure that was part of his crucial growing years as I saw a dedicated father behind the lens of a video camera filming his two superstars. We talked about his birth father and that side of his heritage. For a few short days, we became Nancy Drew and Hardy Boy as we searched for his other relatives. We found his birth father’s side of the family and shared the news of the way we were reconnected.

As I got on a plane to go back home, I knew the same body was returning but not the same heart and soul. I had tasted joy and I did not want to go back to despair. I wanted my children to have an emotionally healthy mom who was checked in and not checked out.

That summer we got together on Long Island with his birth father and family for a special day where my son was the man of honor. It was fun and surreal. And as it occasionally tries to do, history attempted to repeat itself yet again and my son’s birth father and I thought it might work out if we got back together again after all these years.  Apparently sometimes in life, you have to fall backward in order to propel forward. Our relationship was intense but brief. We parted ways and sadly he died a few years later. We are all so thankful he was able to meet his son prior to passing. My son is married and his husband and he have one of the best relationships I have yet to witness.

Was it the LETTER that led my son back to me?

The letter was NEVER given to him as promised.

BUT FATE stayed with him all through the years and led him home again. Fate is known to bypass all obstacles that stand in its way. Fate does what Fate does…It allows what was destined to be …to BE.

NOW my heart is complete. A piece of my soul has been returned to me. ALL of my children are back in the fold. We are able to see each other and be apart of one another’s life. It’s a beautiful thing.

Yet there is still a part of me that aches for what could have been and never was. For all that was missed. But I treasure and embrace all that is ahead., I do what has to be done to get to a better place in life for myself and for those I love.  I help other women find a better way to be supported in this most complex of adoption experiences if adoption is truly their only option and get them to a place in life where nothing unexpected can ever take them off course again.  Life is a journey that you can only experience by showing up with love and doing the best that you can with what you’ve got.

Thanks for sharing the journey with me.

Kim for all Birth Moms Today <3