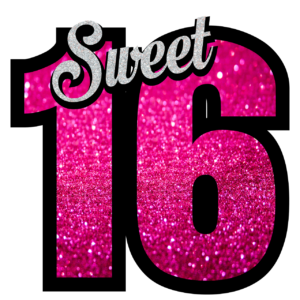 Adjusting to the Convent:  Food Shopping, Sweet 16 and C-Section.  Chapter 8
The days were exceedingly long. Week after week, I would sit before the social worker with a confident smirk insisting that I would be able to find a good job and an apartment to raise my child in as a single mom.
Scenario after scenario she would help me to begin to see the reality of my plans.
I was waiting for some miracle to change things or to go into labor. Whichever happened first.
I tried to face each day with the hope and expectation that there was something I might learn that day which would be a benefit to me. Some days that worked. Others it didn’t.
At the home, all of the expectant moms had to take turns going to the food store with the nuns. I had this love-hate relationship with going. On one hand, I was deathly embarrassed about being seen in public with the huge belly and on the other, it was a way to get out of the home. They passed our time with exercise classes and pottery and school work. I was homeschooled by a crazy lady but at least I could learn stuff and pass the time.
Somehow I had a boyfriend. A kind guy named, Keith would occasionally stop by the Unwed Home and visit me. He had NO idea how important that was to my self-esteem. He killed it when he kissed my best friend a month later but oh well.
One day we went to see Keith’s boss. They had a child with downs syndrome. When he heard/saw I was pregnant they began to pressure me to consider letting them adopt my child. I had never encountered this before and it was awkward and high pressure. I wondered if Keith had set me up and then there was that kiss so thus ended this whole encounter and I never saw any of them again.
The adoption word was beginning to become a more familiar word to me at this point in my journey.

My sweet 16 came and went. I was now 9 months pregnant and ready to have my child in just a few more weeks. I still had to endure the weekly sessions with my social worker at the home. We would often go over the same plan only to have me come to the same result.

“I’m going to find someone who will rent me an apartment in Massapequa. I will quit school and work full time.  I don’t know what I will do for childcare. I don’t have any job skills.”. I hated her. I hated what she made me face. I preferred to ignore reality and she kept making me face it.
I called my boyfriend. I could hear a party in the background, He said to make sure you call me when you’re in the hospital. Up to this phone call, he had been nonexistent in our life and now drunk and happy he wanted to be there for us.
About a month before my due date, two women came to the home to speak to one of the other pregnant girls there. She was 13 and had been raped. She was placing her child for adoption. It seemed right for HER situation. One of the women was from Spence and Chapin and the other from Bethany.
In my next counseling session, I asked some questions about adoption and began to add some more information to the little that I knew about adoption. I wasn’t seeing it as a selfish choice anymore. I was beginning to see that trying to keep my child and raise my child in my current circumstances was actually the more selfish choice. It was the hardest realization to process and every day I was becoming more and more attached to the child growing inside me.
A short time later, I went to my usual scheduled doctor visit. Something wasn’t usual today. My mom was called and she came to the home.
The nuns told her and me that the doctor was concerned that the baby inside of me wasn’t growing fast enough. He felt the baby would gain more weight outside the womb. He was also concerned about me giving birth with my small frame. They wanted to schedule a cesarean birth. Everyone seemed concerned so we agreed.
A c-section was scheduled for June 21rst.
-to be continued.
Posted in Blog Posts
← Behind the Scenes- The Breakdown, More Hideaways, and Loneliness – Chapter 7C-Sections, Hospital Stays, and a 2 year old Little Angel – Chapter 9 →