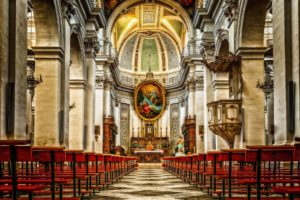 A funny thing happened when I got serious about keeping my child. People became worried and concerned. I have no idea what else they thought was going to happen but as I got bigger their worries increased too.
I was sober for the first time in a few years and as I would sit in the same room and hang out with my same friend’s things started not feeling the same anymore. They seemed stupid and as if they didn’t have a worry in the world. My boyfriend was partying it up and even seemed a little friendlier with some of my girlfriends. I started feeling uneasy. All of a sudden I wasn’t so sure about everything.
Then there was this day. Another one of those impressions that stay with you. Marching up the driveway came my boyfriend’s mom and two sisters. They were here to see what my parents were planning on doing about this situation. The idea of us living in my boyfriend’s moms basement was becoming to become a reality that she wasn’t sure she wanted to live with.
After speaking with my mom she marched herself over to the Catholic Church…..OOOOHHH things got really serious then.
Not because she pulled the out the religious sword but because she happened to let the comment drop that she wasn’t even sure if the child was her sons or not.
I was livid and all of the Irish in me was about to blow. If she didn’t think this child was her son’s than I didn’t need them. I would do this myself.
Her son, however, knew this was his child and he felt we should so the good Catholic thing and get married.
Here I was still 15 and about to become a bride……
Dun dun da duuuuuun. Dun dun da duuuum………..
-to be continued
Posted in Blog Posts and tagged adoption, birth moms, teen pregnancy
← Humility, School, and Phil Donahue – Chapter 3Wedding invitations, Judges and White Castle Cheeseburgers – Chapter 5 →